I can’t remember a time when animals weren’t a part of my life. Our family always had dogs when I was growing up. My dream, like a lot of kids that age, was to get a horse. So, I worked several jobs to purchase my horse. In junior and senior high school, I was in the Girl Scout Mounted Patrol.

I graduated from Southwest Missouri State University in 1970 with a double major in Wildlife Biology and Plant and Soil Science. I moved to Minot, ND to begin my 35 year career with the Bureau of Reclamation as a Natural Resource Specialist. During my time in North Dakota waterfowl hunting and Labrador retrievers were a big part of my life.

After several career moves, I landed in Nebraska. My hunting interests expanded from primarily waterfowl to include upland bird hunting, rabbit, and squirrel hunting. I was interested in the concept of a “versatile” hunting dog. After researching several breeds, I decided the Deutsch Drahthaar was my breed of choice. I purchased Inga vom Hirschhafen from Ed Heevner in 1981 and my journey in the VDD world began. Inga was far from perfect, but she had the biggest heart of any hunting dog I‘ve ever owned. Inga produced my “A” litter vom Wildflugel (which translates to Wildwings) in 1987. After completing the judge apprentice program in 1986, I became the first female in VDD-GNA to become a VR judge.

Now 41 years later my dedication to the Deutsch Drahthaar breed and JGHV testing is as strong as ever. I’m honored to be elected Chairman of NA-JGV. I look forward to helping this organization evolve and improve service to our members and their hunting dogs of choice. 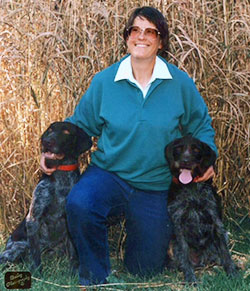 Dogs have always been part of my life. In 2012, I was introduced to the Deutsch Drahthaar and quickly got a pup of my own, Nattie. She is my heart dog, and the basis for my obsession with training and the German testing system. I took her through VGP and have since increased my pack with 4 more DDs. They have all completed VJP & HZP and I have taken some through Btr and VGP.

The dogs and people I have had the opportunity to meet are a big part of why I like being involved with these clubs. I am always finding new, better and/or different ways to train my dogs that help me get past a roadblock or just make the training more fun for me and my dogs. There is always another way to try and someone willing to help you.

Given my obsession with the testing system, I decided to pursue the apprentice program and became a judge in January of 2022. I am thoroughly enjoying judging all levels of tests for the various breeds and helping new handlers navigate through the test process.

I served as Treasurer and Secretary for my local NAVHDA chapter and I am currently a member of NAVHDA, NADKC and VDD-GNA. I joined the NAJGV 1125 as soon as they formed and joined the board in 2022 as the interim Vice Chairman.

My biggest takeaways: there are a lot of knowledgeable people in these clubs, there many ways to train and participating will turn your dog into a reliable hunting partner in a short time frame. 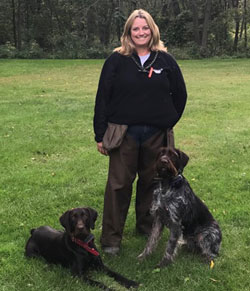 I’m excited about what this club has been doing for all the FCI breeds here in the USA! We have come a long way since it was started just a few short years ago.

I bring to this position many years of being involved with the JGHV testing system by training and handling dogs myself in all 3 of the tests, VJP – HZP and VGP. I have entered the apprentice judge program and hope to have this completed within the next year or two.

I acquired my first Deutsch Drahthaar in 1996 and have been hooked ever since. Not only do I strongly believe in the JGHV testing system, we also hold training days here at our home and host tests. I have been to Germany several times to attend the Hegewald and the Kleine Münsterländer Bundes. I am an avid hunter and enjoy the versatility of the FCI breeds.

I look forward to serving on this board and think that we as a team can be an asset to the rest of the JGHV clubs and breed clubs here in the United States! 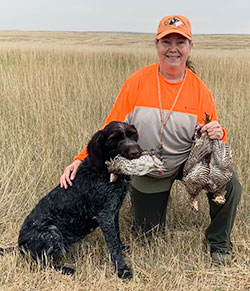 We owned German Wired-Haired Pointers for many years when my husband Larry and I decided to transition to Deutsch Drahthaars in 2001. We were both impressed with the consistent performance, as well as the coat and conformation, of the drahthaar we had seen in our area.  Realizing the admirable qualities we observed were the results of dogs being bred, trained, and tested within the German JGHV Testing Regulations, we decided to learn more and get involved with the organization.

I watched my husband train and test his first drahthaar and decided I wanted to do this too, I bought my first pup in 2003.  I started attending organized training days and met lots of knowledgeable people, who willing to help me.  I enjoyed the training more than I ever thought possible.  The following year, 2004, I ran my first pup successfully through VJP and HZP.  Since then, I’ve been hooked, and in 2015 and 2016 we got two females from Lynda Krull’s vom tapferen Herzen kennel.  I trained and tested both girls through their VJPs and HZPs, and in 2018 both girls successfully passed their own VGPs. I firmly believe in the German JGHV testing system and have completed my judging apprenticeship and received my VR card in early 2022.  The other club members we’ve met, the dogs, the testing, and the great hunting we enjoy as a result, are all a big part of our lives at this point.  And it’s fair to say now, that upland bird hunting is my favorite, because I get to watch the dog’s I’ve trained perform at a level that is very satisfying and productive.

Seeing the results that JGHV testing has on hunting dogs, I’m honored to give back to the Club and people who gave us so much.  I am thankful to be serving on the NA-JGV Board. 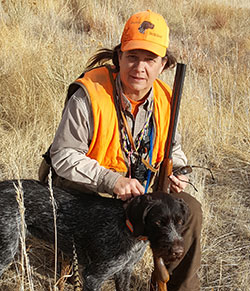 When I was a kid, I started doing chores for a neighbor that had German Wirehaired Pointers which he hunted, ran in AKC horseback trials and showed. I spent a great deal of time with him, training, helping whelp puppies, etc.

In 1970, at 10 years old, I got my first wirehair, Tailor. Tailor and I hunted ducks, geese, pheasant, quail and even squirrels and rabbits for 11 years.

In the following years I owned and hunted over 2 more GWP’s.

In 1988, with the last AKC wirehair I had, I got involved with the Hawkeye Chapter of NAVHDA and met some people with Deustch Drahthaar’s .

In 1990, I got my first German Registered dog, Moses vom Wildrucken. Though our testing never advanced past Natural Ability in both NAVHDA and the VDD, we hunted a lot. Mose passed away in July 2001.

In 2002, I imported Ebba vom Drostenberg from Germany and got very involved in training for VDD and NAVHDA tests. In 2004, I applied for and got the kennel name ‘vom Entenmoor’. The name translates to ‘from Ducks Marsh’, which is where we have the good fortune of living. I completed the apprentice judge program for the VDD in 2006 and was approved as a JGHV association judge in 2007, and a Blood Track judge in 2010. Bobbi and I are currently members of the VDD-GNA Heartland Chapter, NA-JGV, NADKC, and NAVHDA. We both serve as officers for Illowa NAVHDA. I have served as Director of testing, and Vice Chairman of the Heartland Chapter of GNA. I have successfully handled several dogs through VJP, HZP, VGP, BTR, and 20/40 Blood tracks.

While we live in a flood zone and have flooded out in 2008 and 2014, we feel extremely fortunate to live in such a beautiful area with access to fields, forest, and water We share our good fortune by hosting multiple JGHV and NAVHDA tests and regularly host training days for our puppy owners, friends, and these organizations. The saying goes ‘if we’re home, we’re training’. 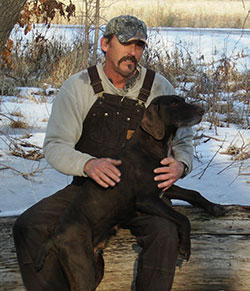 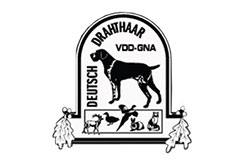 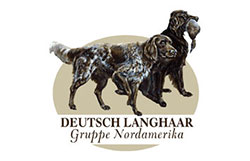 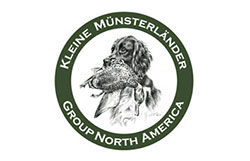 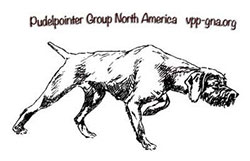 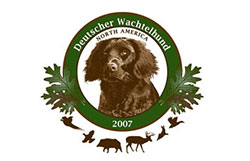 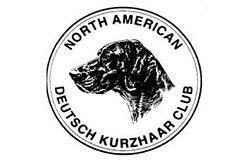 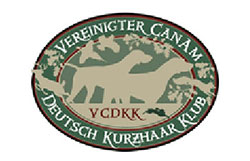 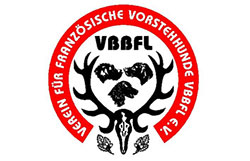 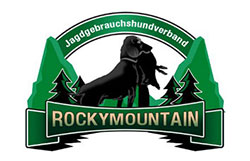